A downloadable game for Windows

After a car accident leaves you stranded in the middle of nowhere, you need to find help as soon as possible. Your phone screen broken by the crash, you're unable to call for help, but can read incoming text messages from concerned family and friends as you make your way towards a distant cabin - the only sign of life around...

From the creators of Causeway, experience a beautiful yet harrowing story of love and loss.

"While the game ends once I reached the cabin, its story lingered in my mind for a while. Games can be so loud and boisterous; No Response is a moment for quiet reflection that I greatly appreciated." - Shonté Daniels, Paste Magazine 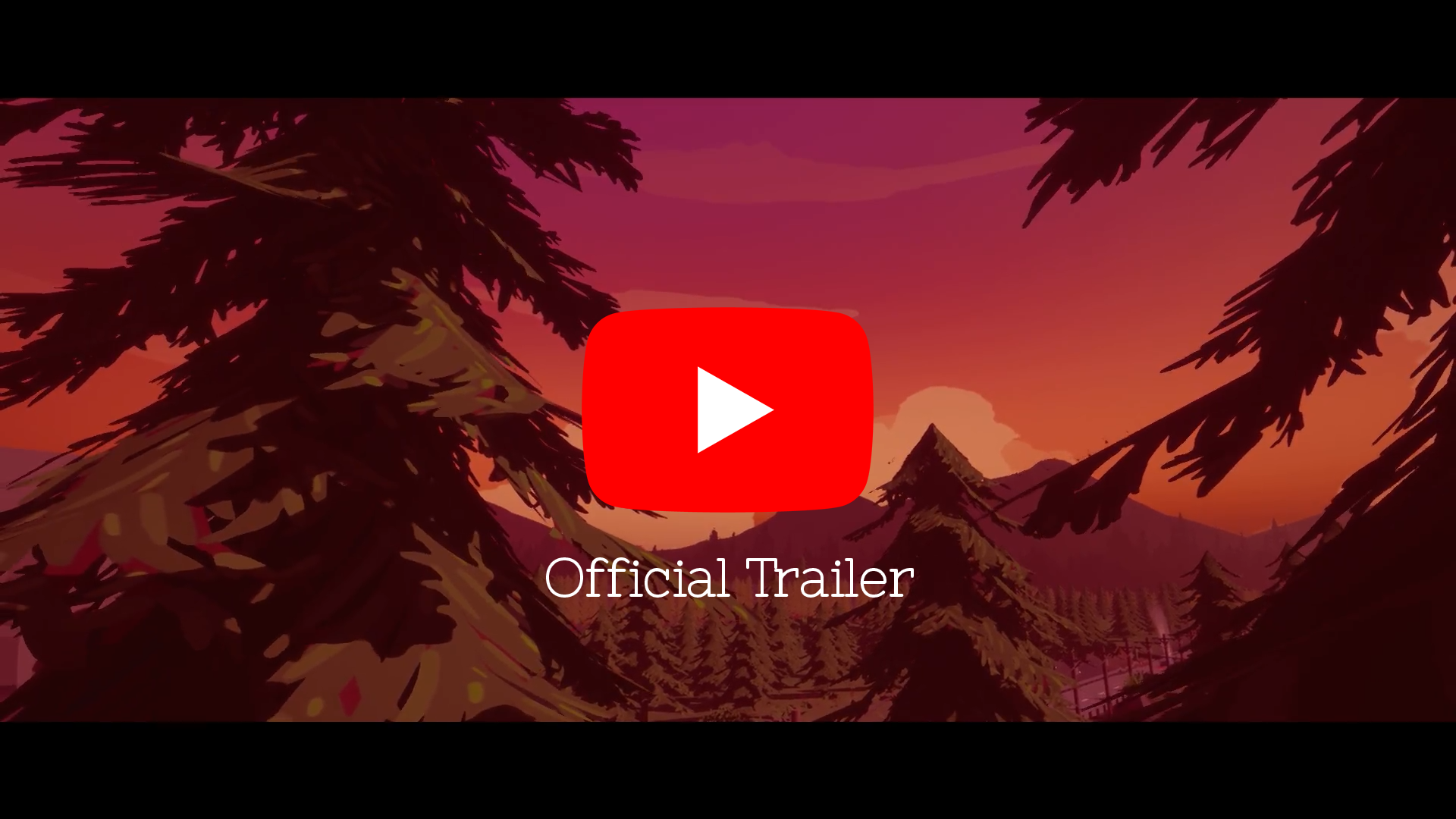 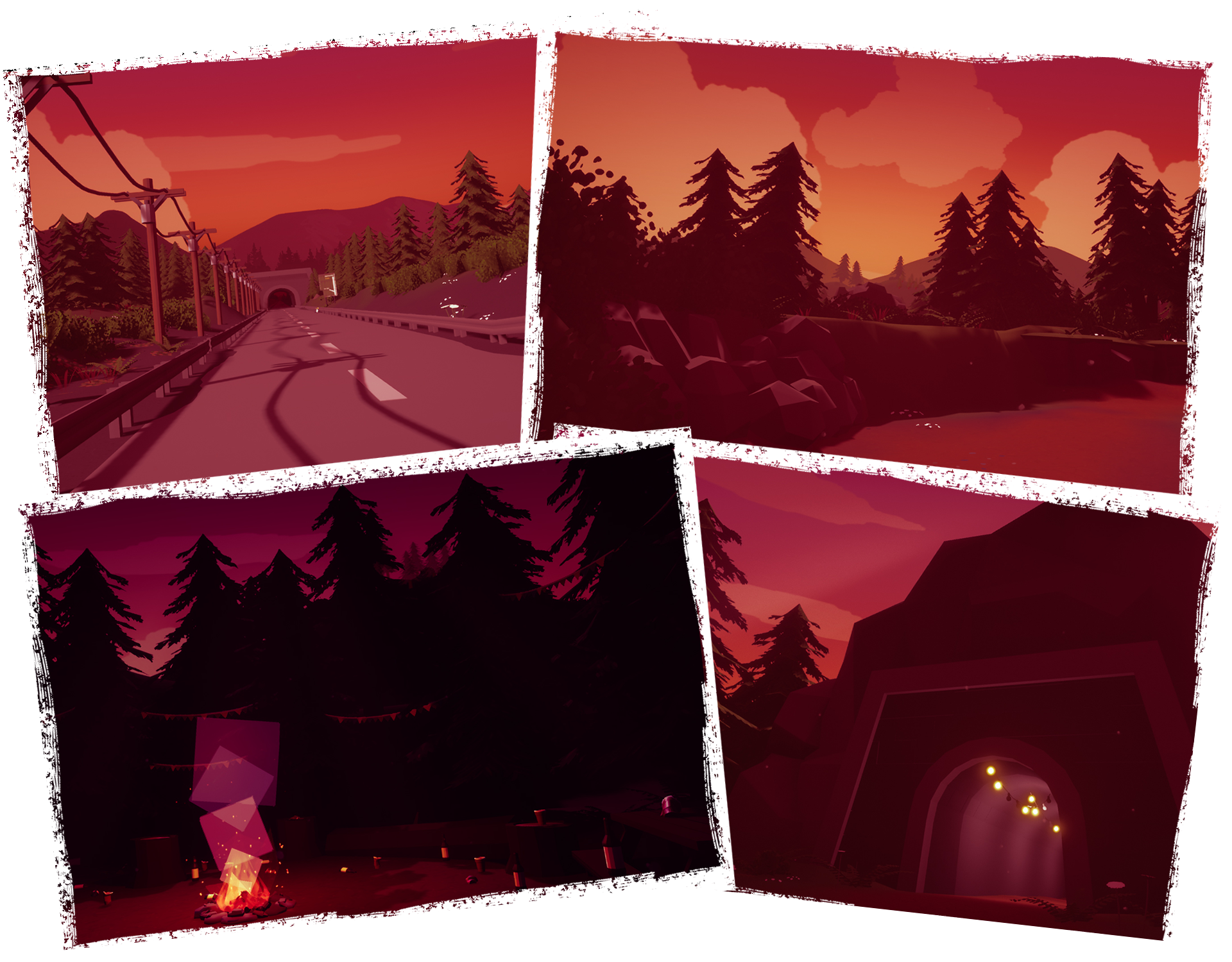 In order to download this game you must purchase it at or above the minimum price of $1 USD. You will get access to the following files:

Really nice visual experience. Makes me think about Dear Esther at the end mixed with Firewatch

Is it not possible to simply export a Mac build ? :(

I wish this was on Mac

Sorry Vibhansh, we currently have no plans to support the Mac platform :(

Oh god, this is precious.

I love the art style of this game, a very interesting story.

Please, can you add a Linux version of this game? :D

A very lovely game, with an amazing aesthetic.

What a lovely project, you guys did really well to hit me in the heart. Well done..

Very interesting! I enjoyed it a lot.
I like how you used lights and colors. I think I can learn a lot about that just looking at your game.

Reply
TheScarletBlaze1 year ago(+1)(-1)
Finnaly got round to playing this and im glad i did, Just as the last game i played from yarnspinner they know how to hit Story and Atmosphere , and keep the game intresting whereas many others of its type would feel boring, living up the name walking simulator, however you almost forget here. Im not idssapointed to say the least.
Reply
Adna1 year ago(+1)(-1)

Meant to play this earlier, only got time to play it recently.

It really gave me the creeps and that moment when i realized what was going on in the cabin was very emotional. I really enjoyed this little game, so simple and yet makes you reflect on life.

Ahhh, this was so good! I kind of pieced things together pretty quickly, but I wasn't sure what ending the road was going to lead me to.

The atmosphere, the story being told through text messages that we can't reply to, the memories that keep popping up and the ever-creeping sense of mortality really added up to a pretty darn amazingly moving experience.

I'm a sucker for playable story games, and this one really did strike a nerve. Very well done! Keep up the great work, and thanks for giving me the opportunity to play this game =)

oh me oh my

such a great narrative! Definetly tugs at your heart strings! I really enjoyed the color palette and the choice in music as it set the mood and tone for the story! Great job!

No signal, No Response!

It was an amazing experience playing your game, thanks!

Repeat msg: Hey I saw No response on twitter, I'm from a new yet to be names coffee themed tech and gaming news site with reviews interviews and more

We used to be based on https://aestuoshop.co.uk/articles/ and you can see some of our articles on there but we're now splitting off to our own site, Hooray! Could we have a copy of no response to review? And maybe one of your developers would be interested in a interview to promote one of your games?

Hi Aestuo Games we had already replied to your previous comment! If you contact us via our email address yarnspinnergames@outlook.com we'll send you a code and discuss an interview :)

Thank you for the free game i really enjoyed it and keep up the amazing work.

Such a relaxing environment for such a somber and serious story. The build up was what gave this game such a powerful ending that I wasn't expecting. I would've liked more messages and possibly a bit longer of a game to flesh out the story a bit more but maybe the shortness added to the shock at the end.

It's short, but an enjoyable game nonetheless. While playing it felt like the walking was going too slow, but I think given just how short it was, the slow pace worked really well for it and the environment was really nice so at least there was a good amount of beauty around while walking around. Toward the end I started to suspect the twist ending coming, but still wasn't prepared for it and damn, those feels man. Thanks the free key, I hope you enjoy the video!

So, I liked it but I had a lot of criticism. I think this needs a lot more work! Beautiful game, though!!!

Hi GrannyJo! Firstly thank you for taking the time to play No Response. Your feedback means a lot to us :) We are confused as to why the phone would not raise during your playthrough, this is operated by holding the RMB / RT. This was unfortunate as being a story-driven game you missed out on the core content. We understand that the walk speed may be a bit slow for some so we integrated a hidden "jog" that can be activated by holding Left Shift / LT at any time. Thank you for the compliments on the visual style, everything graphical was produced by us so your kind words were greatly appreciated. Kind Regards - Yarn Spinner

Hi  I saw No response on twitter, I'm from a new yet to be names coffee themed tech and gaming news site with reviews interviews and more

We used to be based on https://aestuoshop.co.uk/articles/ and you can see some of our articles on there but we're now splitting off to our own site, Hooray! Could we have a copy of No response to review? And maybe one of your developers would be interested in a interview to promote one of your games?

Hi Aestuo Games! If you contact us via our email address yarnspinnergames@outlook.com we'll send you a code and discuss an interview :)

It was good because the story was deep.
It is a sad story, but the quality of the work is outstanding.
I Enjoyed play!
즐겁게 플레이 했어요!

Thanks Yarn Spinner for hooking me up with a key!

Hi there, thank you for contacting me about your game. I'll be giving a quick review here, mostly going over the things I liked and didn't like.

I'll start off with what I liked. The game is very pretty, I love the lighting effects used, and the warmth of the colours is very inviting, it gives a somewhat relaxed feeling despite the circumstances. I found the atmosphere/tone of the game to very well done, you can immediately tell that there's more going on underneath the surface but the game slowly builds up to it, which is nice. The story is pieced together fairly well, I like when a game can tell a story through the use of it's environment, and I'd say that's done well here. The sounds used throughout the game are good as well, from the splashing of the waterfall to the hoo of an owl, everything sounded nice, though a tiny bit too loud at times, but that may have just been my headphones.

Now for what I didn't like. It wasn't easy getting the game to record properly, I have a dual monitor setup, my primary monitor is 2560x1440 and my secondary monitor is 1920x1080, it seemed as though the game was locked to a 1080p resolution and full-screen. Any time I tried to force windowed mode the game would revert back to full-screen after pressing 'enter' on the title screen, causing my second monitor to shift my capture applications around. A graphics options menu would have been lovely and would have saved about 20-30 minutes of fiddling around if I was just able to change the resolution and or window mode properly.

All in all, I tried not to let the technical issues spoil the game for me, it really is a lovely experience to be had, the game is breathtaking and the environments have been crafted with a lot of care, with details packed into each scene. The issues I experienced would likely only happen to people with similar setups as me, trying to record the game as well.

As mentioned, I recorded a short let's play of the game for my channel, hope you don't mind.

We're sorry that you experienced issues with resolution due to a multiple monitor setup. Changing the game resolution within the application is something that we will look into for a future update! Thank you for your feedback and let's play :)

You guys played with my emotions all over again! Still, this was a beautiful game, and I appreciate you sending me a key. I haven't uploaded any new LPs in a while, but I decided start making videos again, starting with your game.

I like games that are pretty, and this game? It's very pretty. Try not to get sad!

The look of the game and the story is fantastic and it plays really smoothly. Sound is also spot on. It's a shame there wasn't voice acting on the phone messages as that would have really pushed this to the next level.  From Causeway to this is a big leap forward and I can't wait to see what comes next from you guys. Big congrats to all involved... :)

Thanks for the playthrough and the kind words KevX! Our next title is voice acted so hopefully we can up the bar once more :)

does the game have voice acting or is it a reading type?

Hi tearierboot. It's a reading-type game! Hopefully this doesn't dissuade you from giving us a shot :)

Any plans for a Mac release? I love the illustration.

We are looking into the possibility of doing a Mac release of No Response (and maybe even Causeway!). If/ when we have it ready we will let you know. Thank you for your kind words :D

Awesome, I'm looking forward to it :)

We're working on a trailer and we hope to release it within the next few days. Thank you for your interest :)

will i know some people that would love to play your game for some videos! i hope to see the trailer soon!

We've finished and uploaded a trailer for you! It can also be found further up the page :)

was trying to buy this but it says "seller does not accept paypal at this time" ?

Apologies, we are working swiftly to address the PayPal issue and will contact you personally once it has been resolved! Thank you :)

Thank you for your patience! The issue with PayPal should now be resolved :)

I think I made the opposite of your game. :P https://doombrowski.itch.io/response 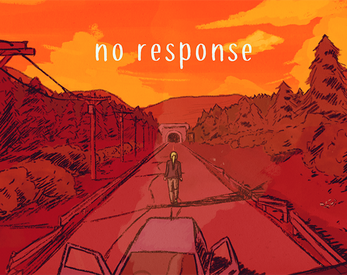